Some writers come up with characters for their stories based on people they know, conversations they observe, or other characters in stories they have read. I have always had a personal love for writers whose characters seem to be variations on themselves. There is a certain psychology to it that I like. One prime example in my mind is in the writing of Oscar Wilde. He emphasized dialogue in everything he did, likely because he was so oriented towards playwriting, but he did this even in his novel, The Picture of Dorian Gray. The dialogue always gave me a sense of the voices in his head talking to each other.

Out of this fascination with the idea of taking an aspect of oneself and blowing it up into an entire character, I created an exercise to help me in my own writing. In doing this exercise, I have found myself able to lock onto an aspect of myself, and in imagining this aspect to be my primary characteristic, my dominating voice, I have been able to create interesting and extreme characters.

Here’s how to do it:

This can begin with the process of simply looking at yourself in the mirror for a long time, not thinking about anything, just observing and moving until you find that pose that feels right.

It doesn’t have to look like you. Play with the hair, the features, add props, do whatever you need to do to get at the essence of what the pose represents in your mind.

3. Look at the image and get into the mindset of who you are when you feel like that part of you.

You have an insider perspective here, this is and image of you. Even if it doesn’t look like you, even if you can thing to yourself “well, I’m hardly ever like this it’s only when…”, even if this is a negative aspect of yourself, don’t be afraid to embrace and own that aspect of yourself as a whole identity in the moment.

4. Add quotes to the image.

If you have done number 3 truly and completely this should be quite easy. You might even think of things you have really said in the past, or something you wanted to say when you were in the state of mind/ personality space depicted in your image but didn’t. Maybe something you didn’t say because you were “managing” this part of yourself, telling yourself it wouldn’t be the smartest thing to say, or that it wasn’t something you really meant, or maybe because you were embarrassed to say it.

5. Take a step back and analyze the character you have created.

This is my favorite part because it involves psychoanalyzing a beast of you own creation. This involves making observations about who your character is and putting them into words that would NOT come out of her own mouth, but would be more likely to come out of the mouth of her therapist, astrologist, or palm reader.

6. Give your character a Title.

Not a name, a Title. This should be something that demonstrates what the character represents, making a complete image of what this character stands for and embodies. 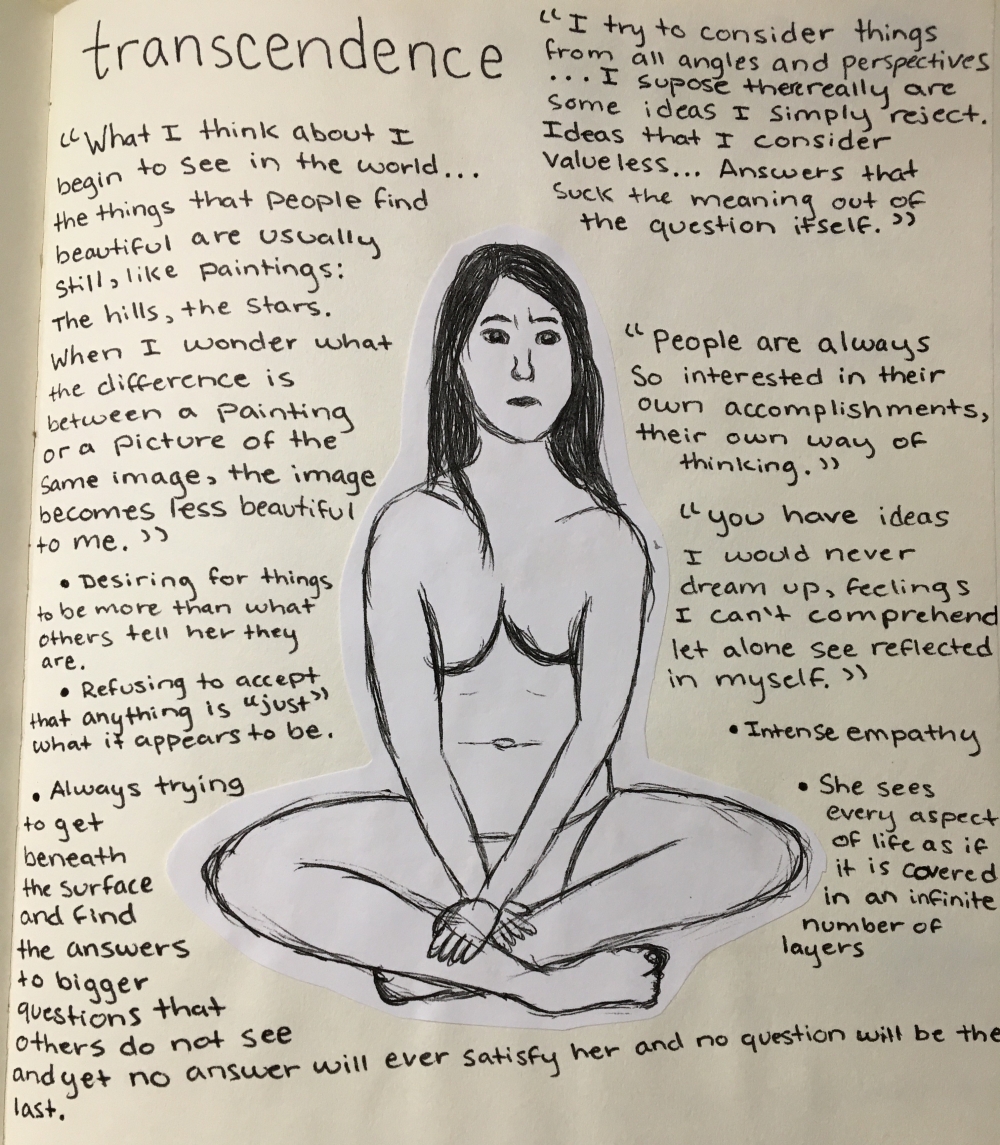 Once this exercise is complete you will have a basis for a character that you know and relate to intimately and that you can base a story around. It’s up to you where you go from there!